Thank you everybody for all of the birthday wishes. I recieved them and I am sincerely thankful! Friday night I had all kinds of fun kicking it with the homies and then I woke up Saturday feeling like who done it and why.

I don’t think it was the alcohol because I only had two drinks. So that leaves the dinner I had at Cheesecake Factory or the Popeyes that I had earlier. I’m going to venture and say it was the Popeyes. I no longer eat fried foods, so mix that up with some a a a a a a alcohol and yeah.

Saturday, I’m pretty sure I was on my death bed. Crackers and Vernors was my diet. Woke up Sunday feeling like new money. Headed out to spend my birthday money and came home, cooked some dinner and watched that new show GCB. I think I am going to like that.

Enough talking, here are some pictures from the weekend.

We had dinner at Cheesecake Factory. Y’all know I love some Cheesecake Factory. Then we moved on to Frank Ski’s Restaurant and Lounge. The music was great and the crowd was chill. Was a bit more “club” than lounge for me but it was fine since it was my birthday any other time it may have been a bit too much. I throw tres not deuces I had a ball hanging out with the girls. Between all of us there is 16 children, we all needed to get out and have a great time and that’s what we did. I love my fab mamas. You know the drill…How was your weekend? 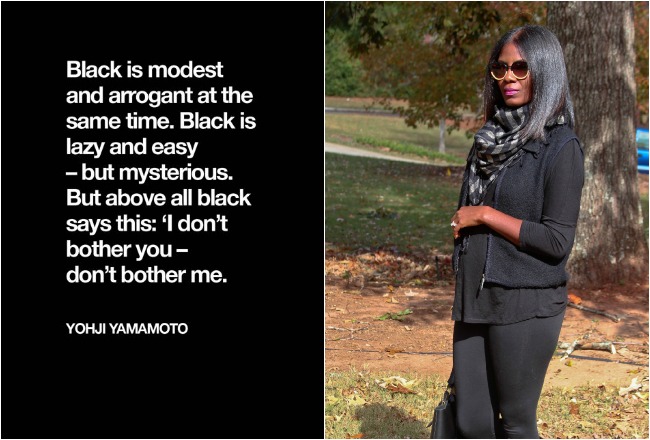 #MamanistaFridays | Dressed in All Black……