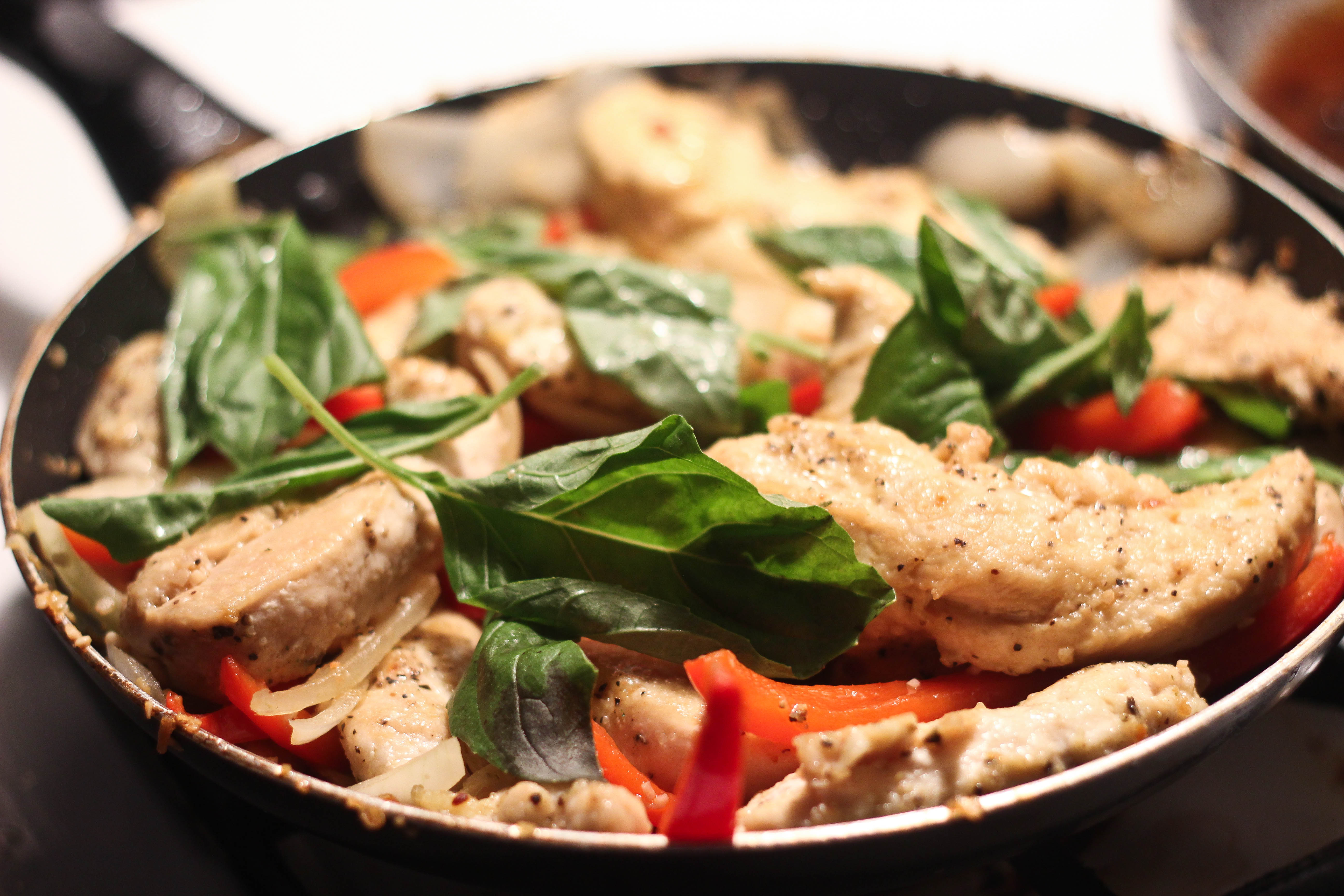 I was cooking again. I am low key on a health kick so I have been trying to make everything from scratch and limit the use of preservatives etc. Came across this recipe in my inbox  from Everyday Food. I absolutely love these recipes because they are healthy, require few ingredients and are really quick to make.

Started off roughly chopping one medium onion and one red bell pepper although the recipe called for two bell peppers *shrugs* The recipe also called for six fresh cloves of garlic but I somehow forgot to pick up fresh garlic when I was at the store so I cheated. 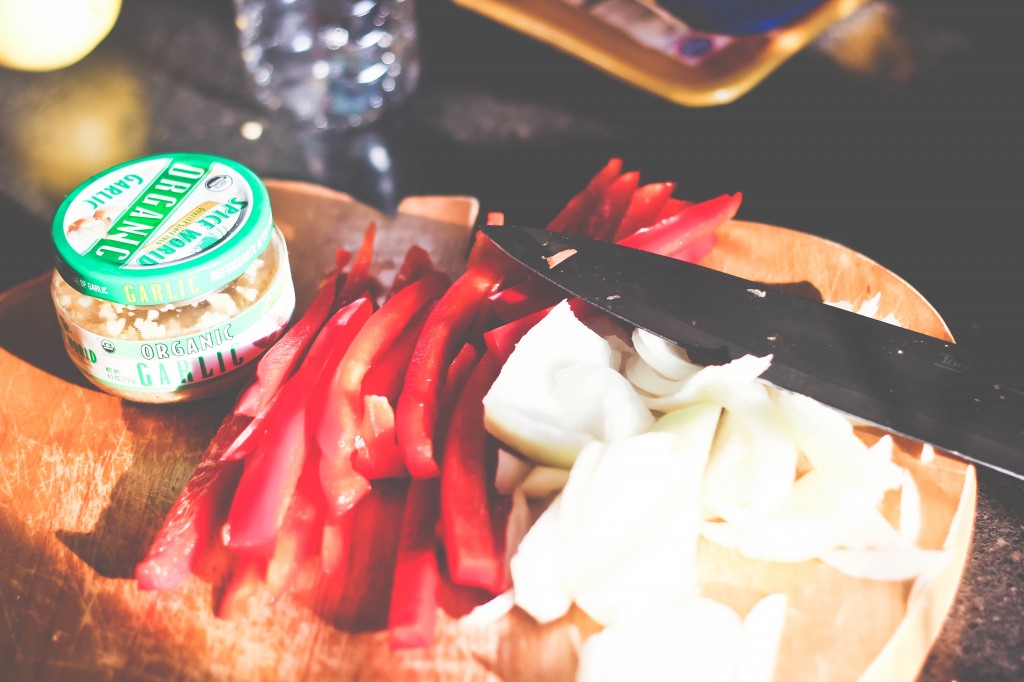 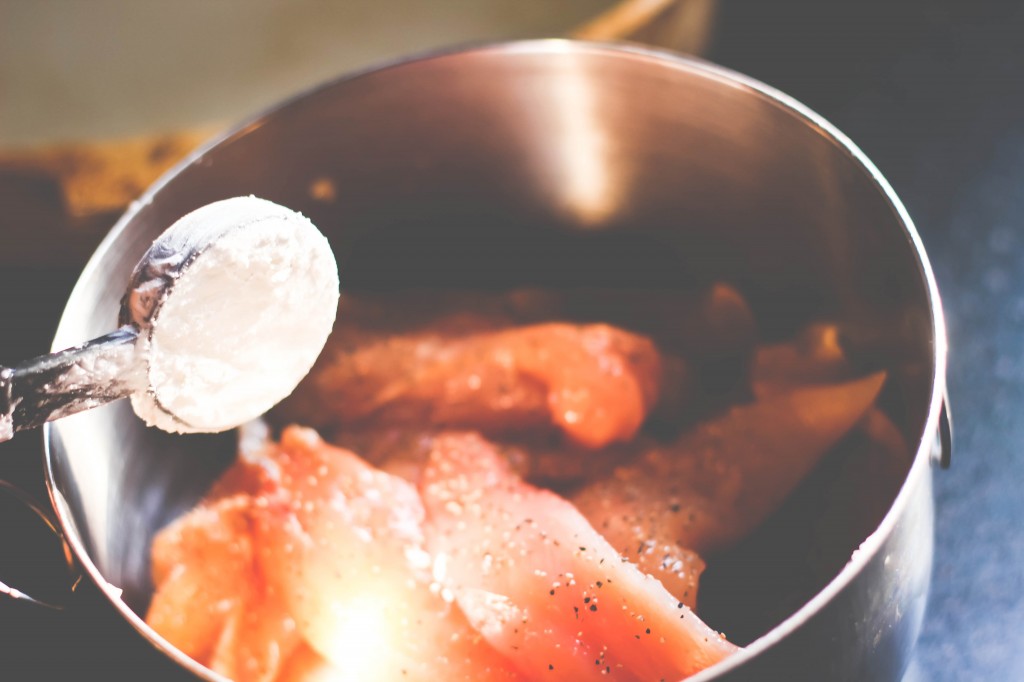 So listen. The recipe said to only season with salt and pepper. Seeing that I shouldn’t have salt with my BP issues I threw in a little salt free seasoning for good measure. You have to watch these recipes, I’m sorry sometimes regular old salt and pepper is not going to get it. 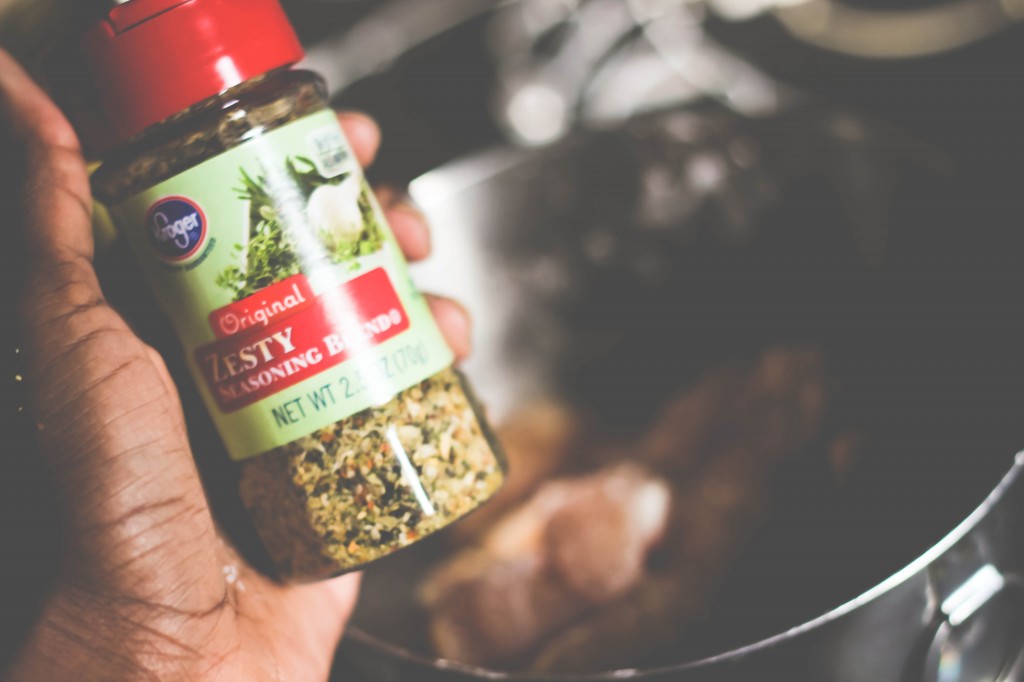 With my chicken all seasoned up. I poured some olive oil in the pan. I think the recipe called for 6 teaspoons of vegetable oil. I eyeballed mine. You govern yourself as you see fit. 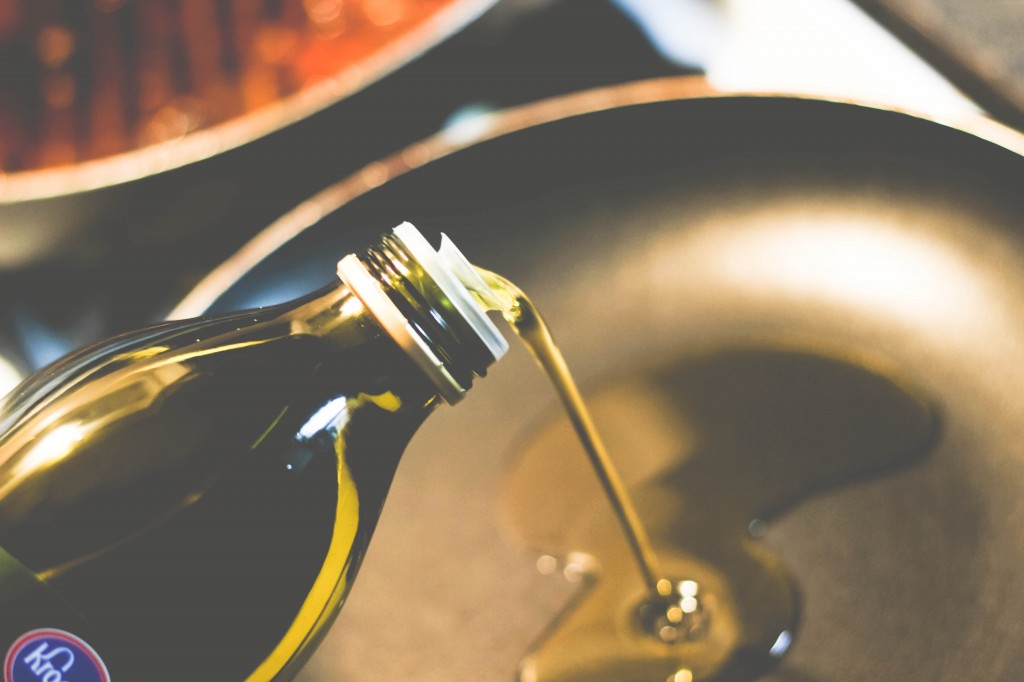 When the oil was good and hot I started cooking my chicken. Not fully cooking but browning on each side. I ended up having to do two batches and per the recipe that was fine. 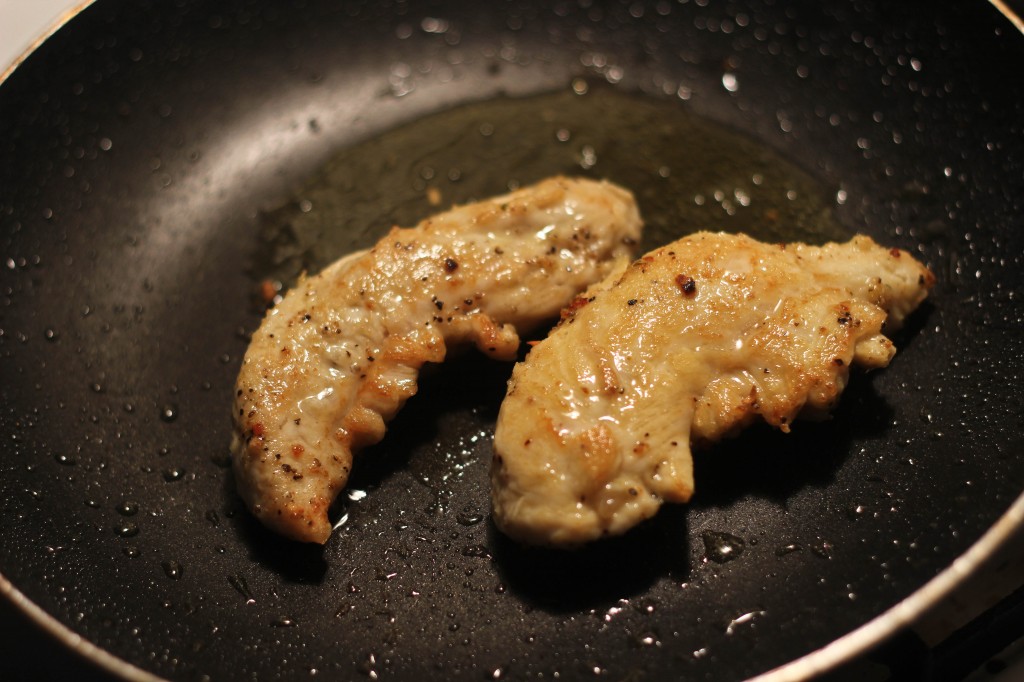 Removed the chicken once it was done and then added in my chopped vegetables, scooped my garlic out of the jar and added it in. Smelled.So.Good. 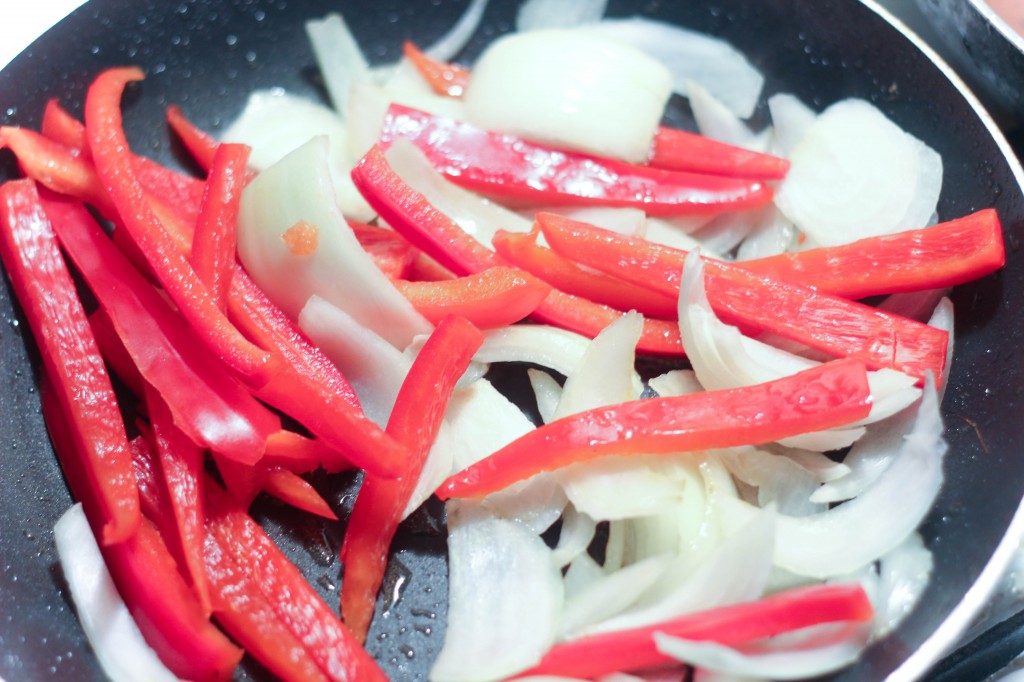 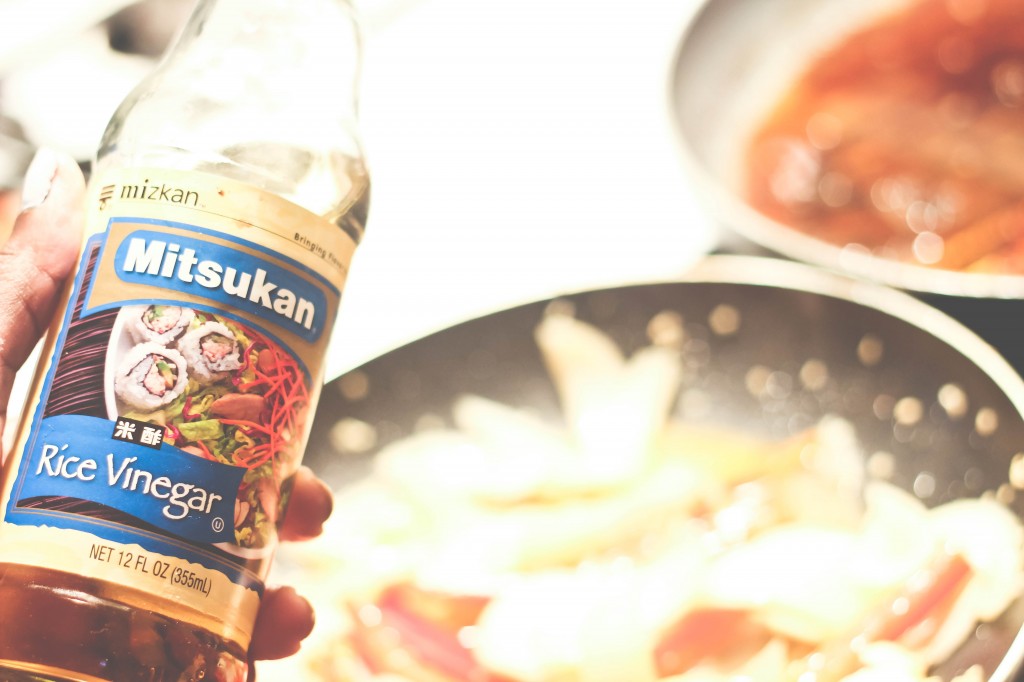 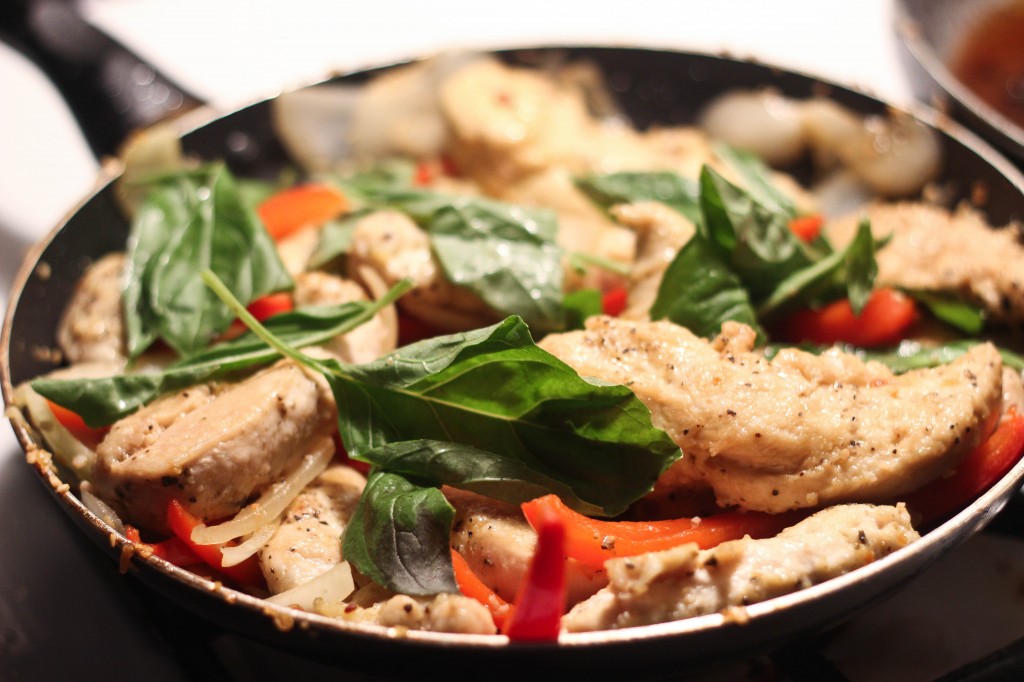 So the children were a little suspect but I am determined they will learn to eat well. So the baby had a mini melt down hollering about she doesn’t want to eat the tree leaves and my son goes into a long drawn out speech about how he doesn’t like red carrots. WHATEVER. Needless to say they ended up eating chicken and rice but they ate.

Total cook time was about 35 minutes.

Have you tried a new recipe lately? Do share! 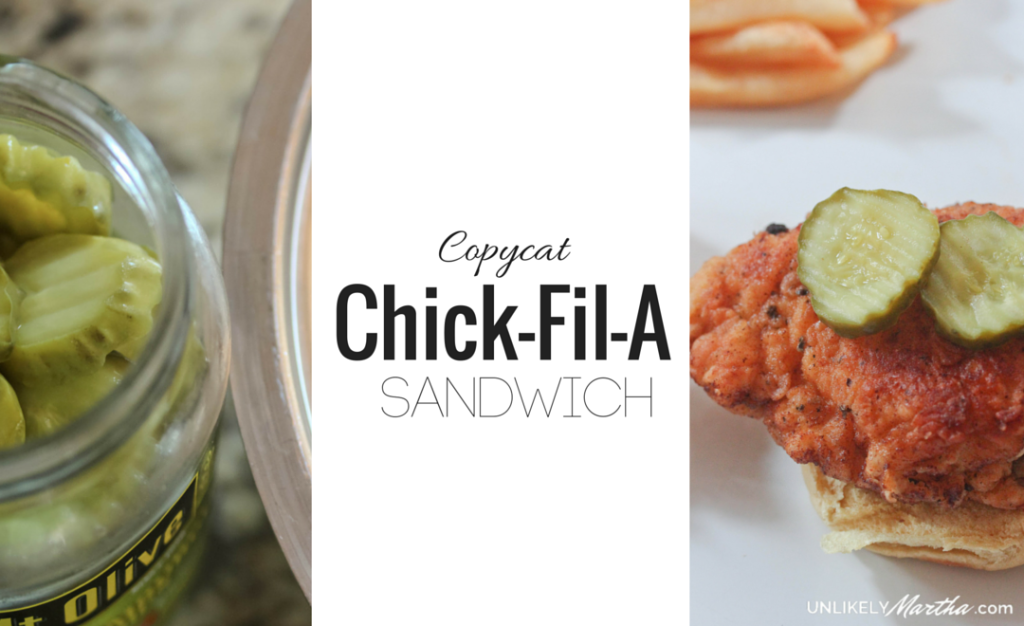 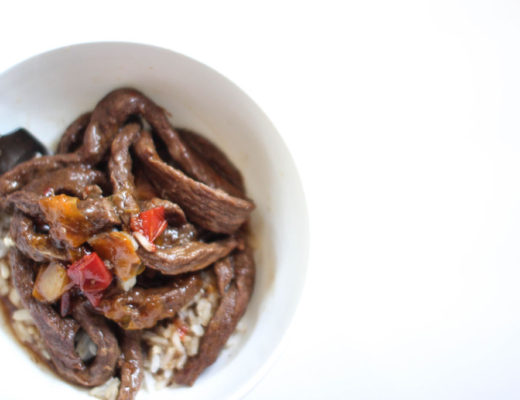