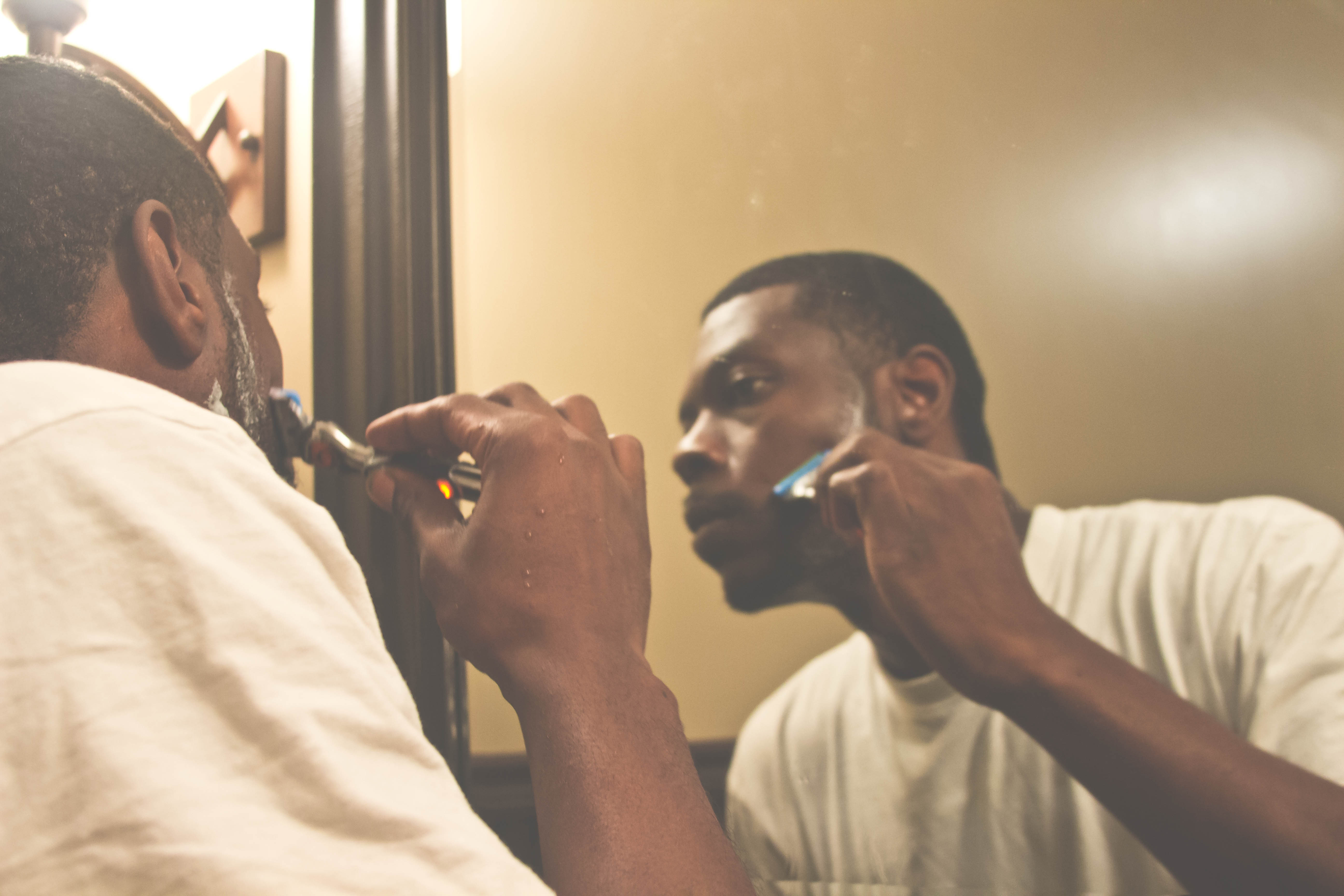 Shaving Away My Husband’s Scruffies with Gillette

This shop has been compensated by #CollectiveBias, Inc. and its advertiser. All opinions are mine

I don’t know if I ever mentioned it, but a few months ago my husband departed ways with his “corporate” gig and started on his own thing and currently works from the house. We’re here together alllllllll day.With his new work from home gig, his weekly visits to the barbershop have dwindled down to whenever he needs to go somewhere and look presentable.   I’ve gotten used to him being in a perpetual scruffy state about the face but I would really prefer him clean shaven so we decided to give Gillette’s Flexball razor a run to see how he could use it to maintain a fresh look between his visits to the barber. 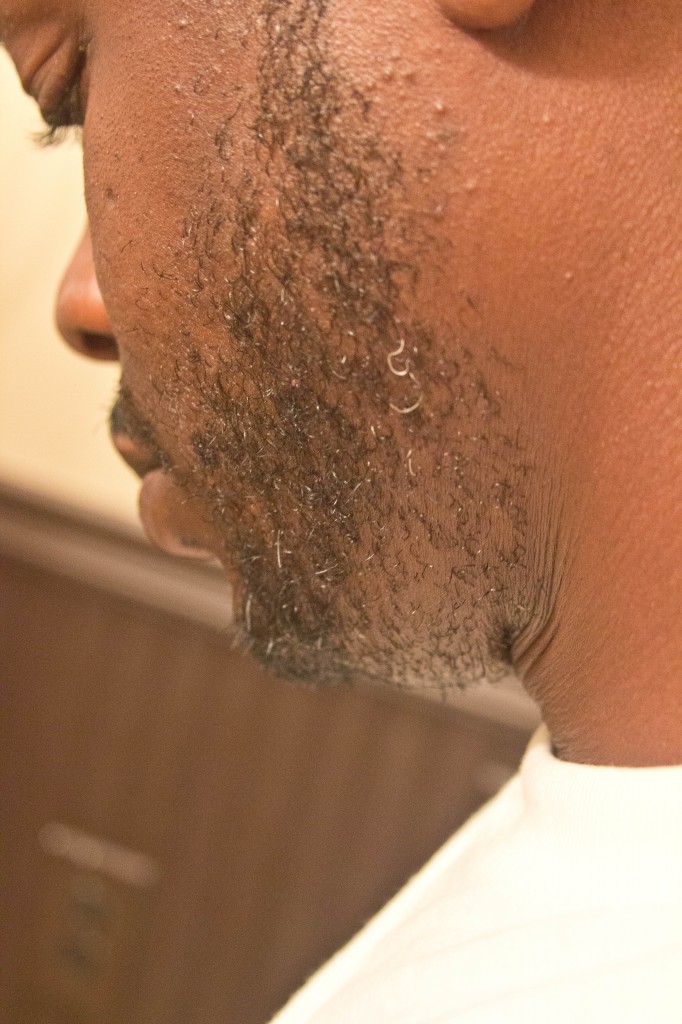 While I’m sure he enjoys visits to the barbershop to shoot the breeze and catch up with the homies, the cost is nearly $100 a month.  He goes to the barbershop not because he wants to add another bill  but because like most African American men he suffers from ingrown hairs that make it hard for him to maintain a clean shave without razor bumps so we were pretty stoked to try out this Gillette razor to see if its flexball technology would allow him to get a close shave without any bumps.

I picked it up from Walmart 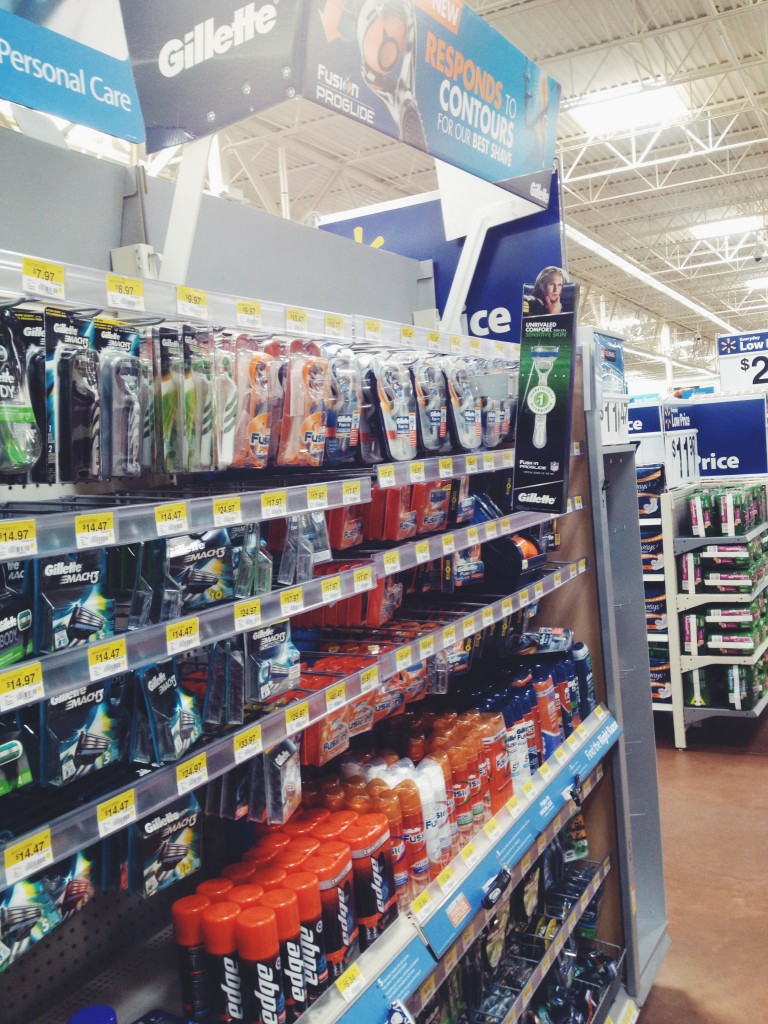 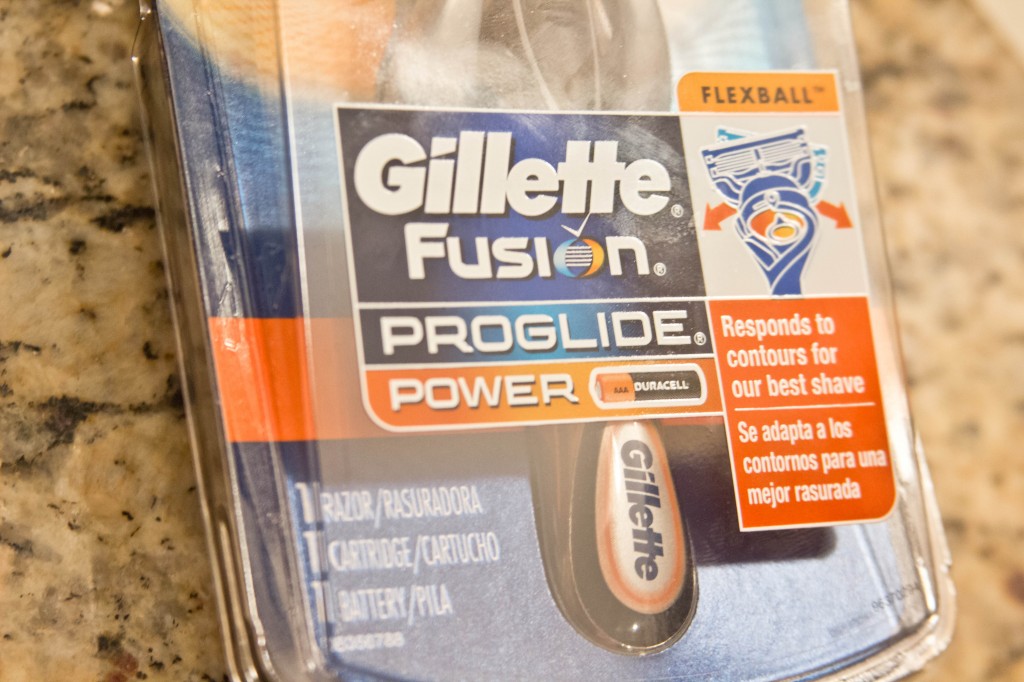 He was a little nervous and very meticulous about trying to keep his line in tact. I think he did a great job and it definitely got all of the hairs. I watched intently as the flexball allowed the razor to hug every curve on his neck and face. Want to know what he thought of it? He’s a man of few words and they were, ” My neck is smooth as a baby’s *beep*.” I think he likes it. 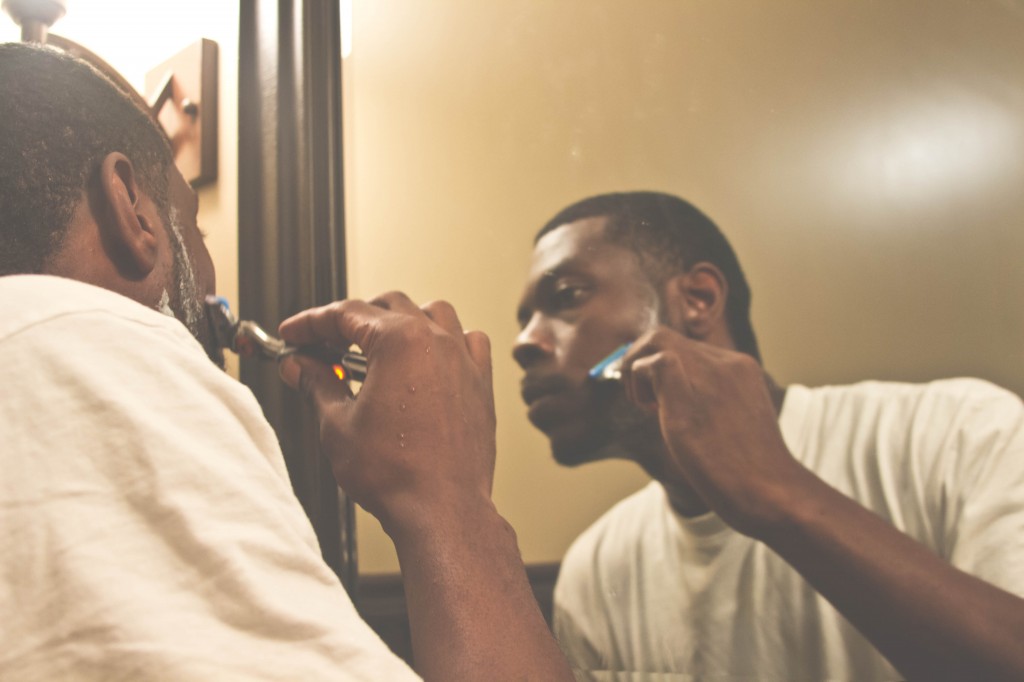 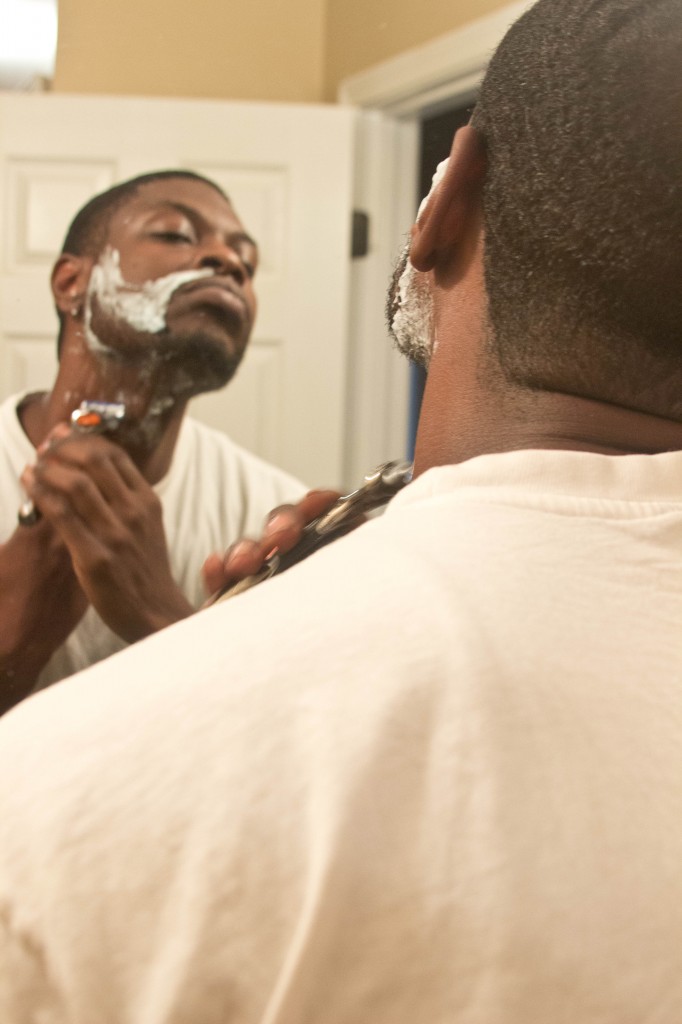 Mid way through his shave I captured a photo to compare the scruffy side to the shaved. Can you tell the difference? 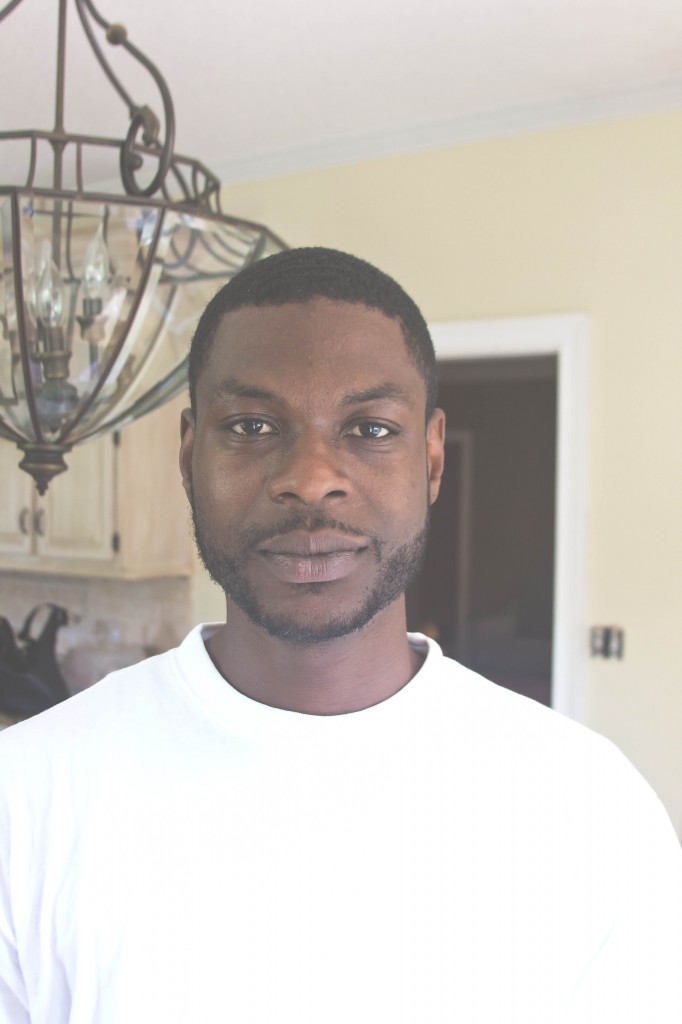 Here’s how his process went. We laughed and joked the entire time! I tried to help him out a few times but he wouldn’t have it.

Mr. have the Gillette flex ball razor a go. He got a smooth shave without going to the barber. He was pleased! #SmoothSummer #shop #MimiBlogs

…and since you all saw him in a compromised state he wanted to make sure you saw him with his #SmoothSummer look. Can y’all please give him a virtual round of applause for being such a great sport?!! 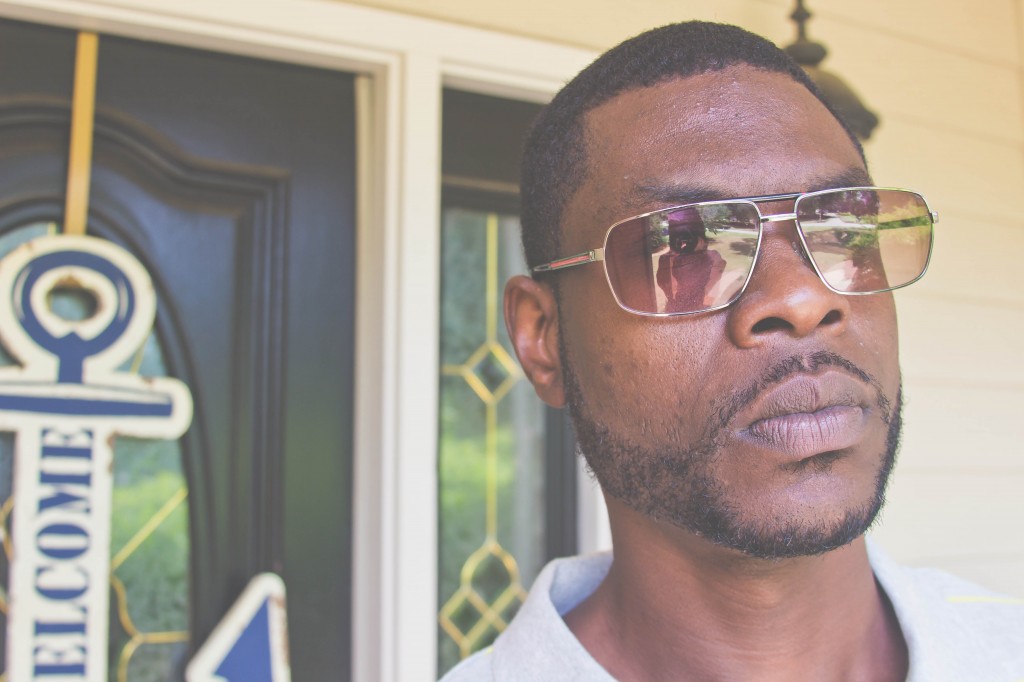 …and while my husband by far has my favorite #SmoothSummer look a little eye candy never hurt anybody…well at least I hope not!

What I Learned at BlogHer