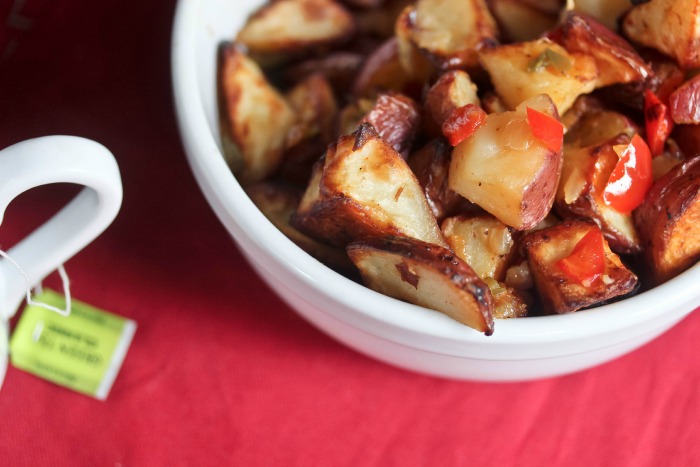 My Mama’s homemade breakfast potatoes used to be on POINT! or as the young folk say on FLEEK! I’ve mentioned before that she loved herself some potatoes and I vividly remember waking to the smell of potatoes and toast on Sunday mornings before church and this Sunday while I was making pancakes for breakfast I thought about my mother and her potatoes.

Lucky for me she left behind three enormous notebooks full of recipes and after searching a little I found a recipe for her homemade breakfast potatoes and went for it. 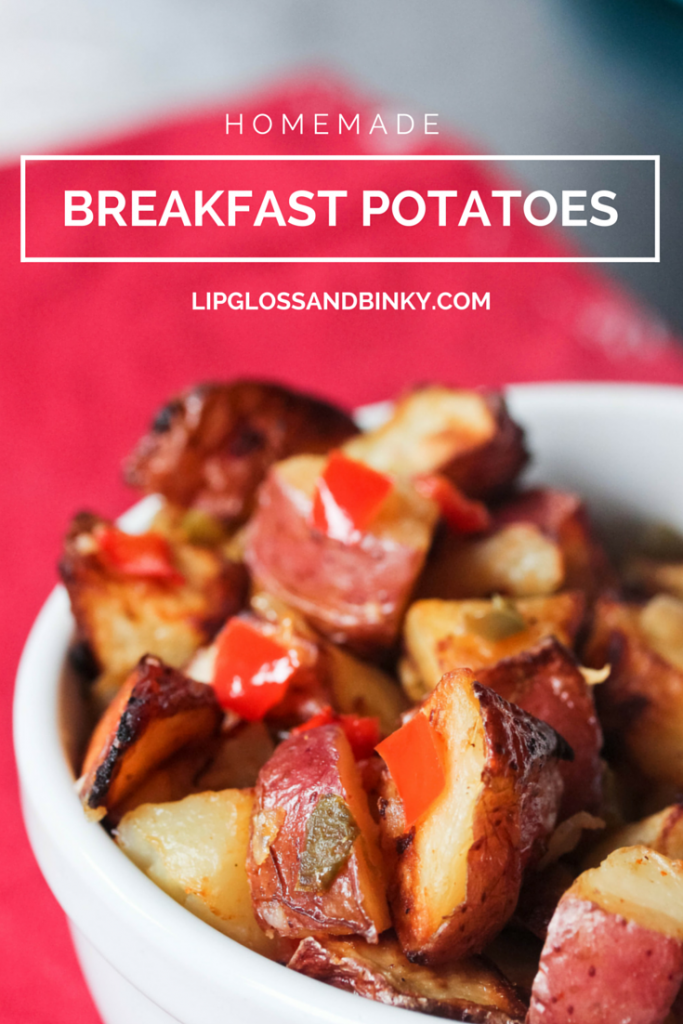 Just so happened I had a few red potatoes that were starting to grow buds so I couldn’t have come up with a better time to give this a go. 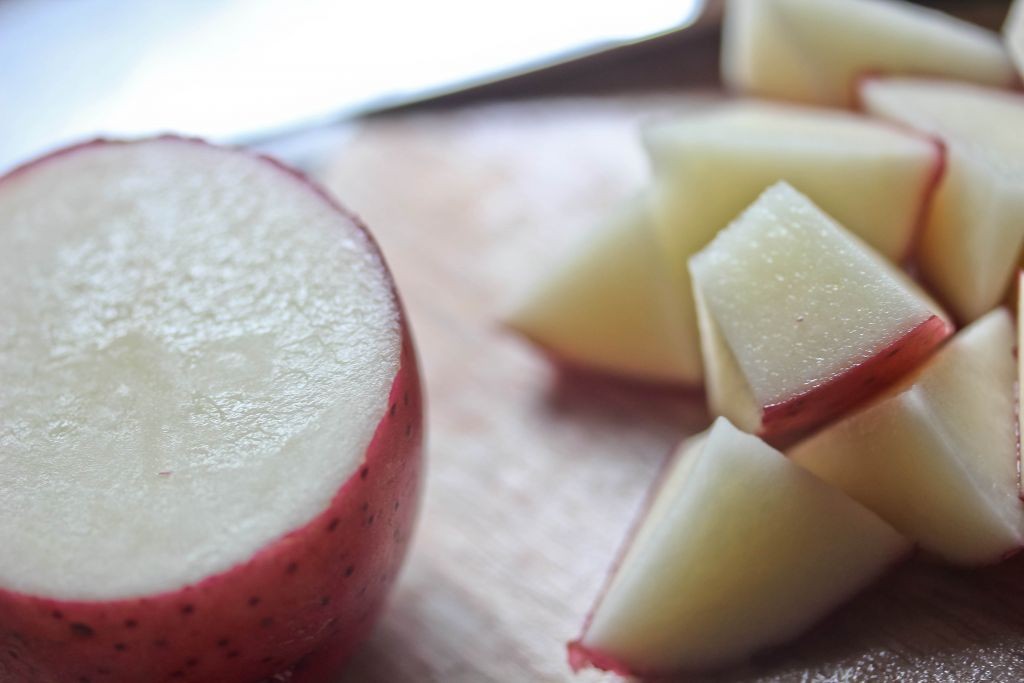 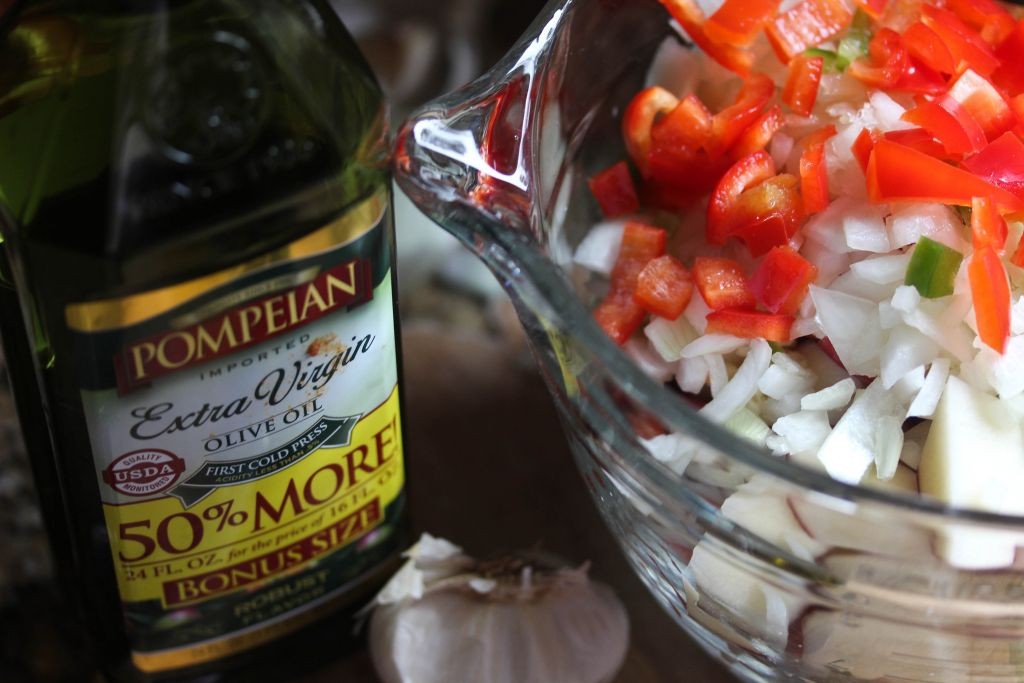 After mixing together and before putting in the oven the smell was glorious. Olive oil and garlic give off the best aroma to me. 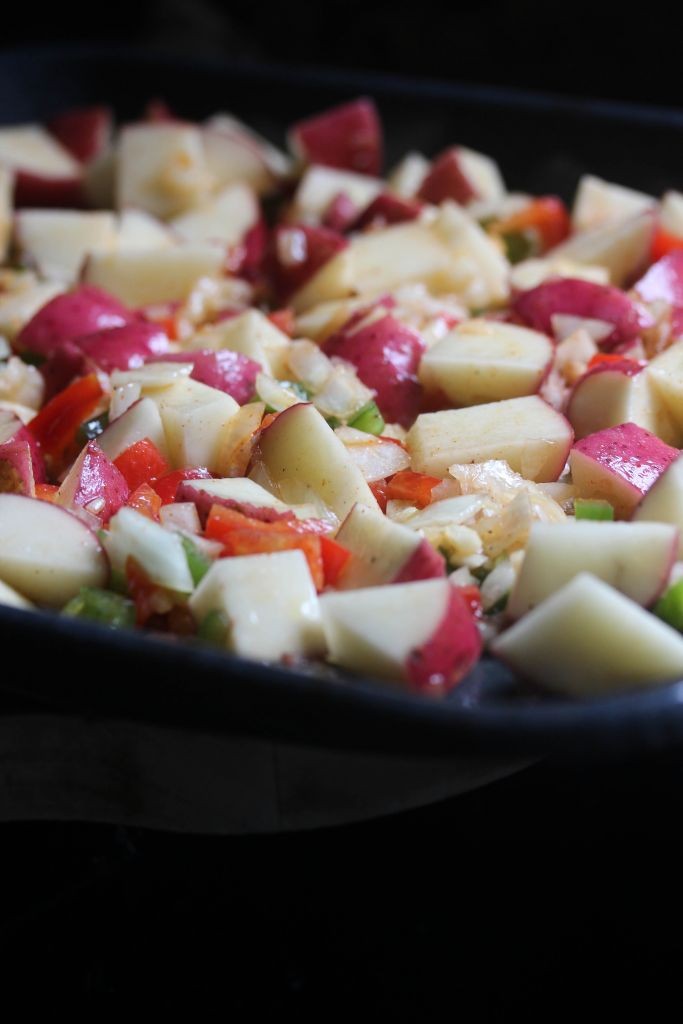 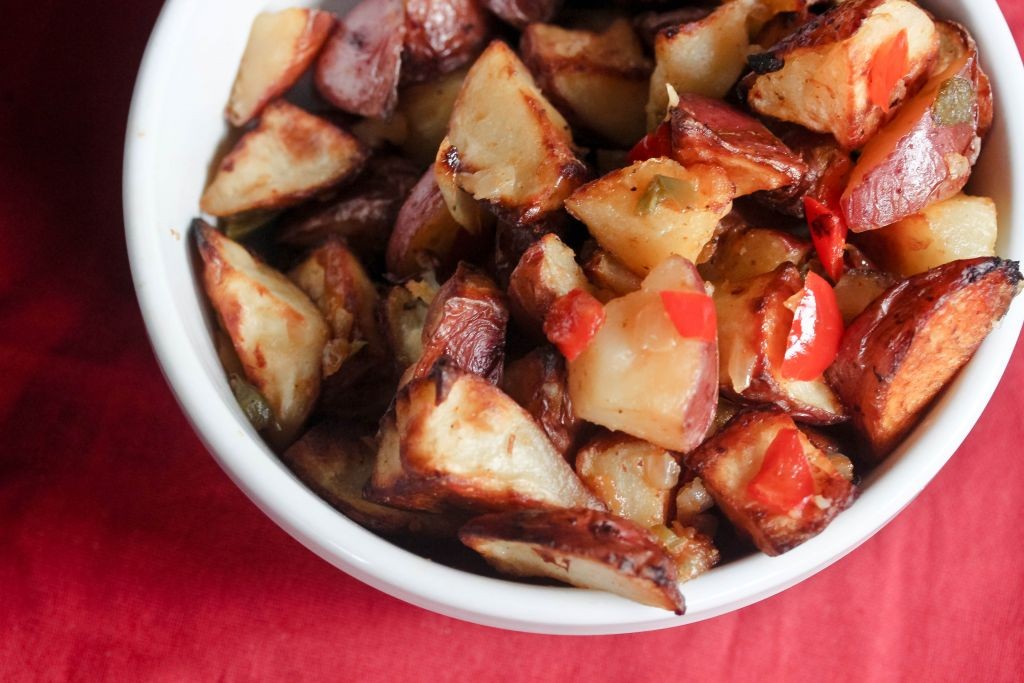 Combine all of the ingredients into a large bowl and toss well, making sure the potatoes are well covered in olive oil

Place mixture on rimmed baking sheet in a flat layer

Bake for 25 minutes flipping after about 10 minutes

Turn oven up to 500 and back for an additional 20 minutes. Flipping again after 10 minutes. 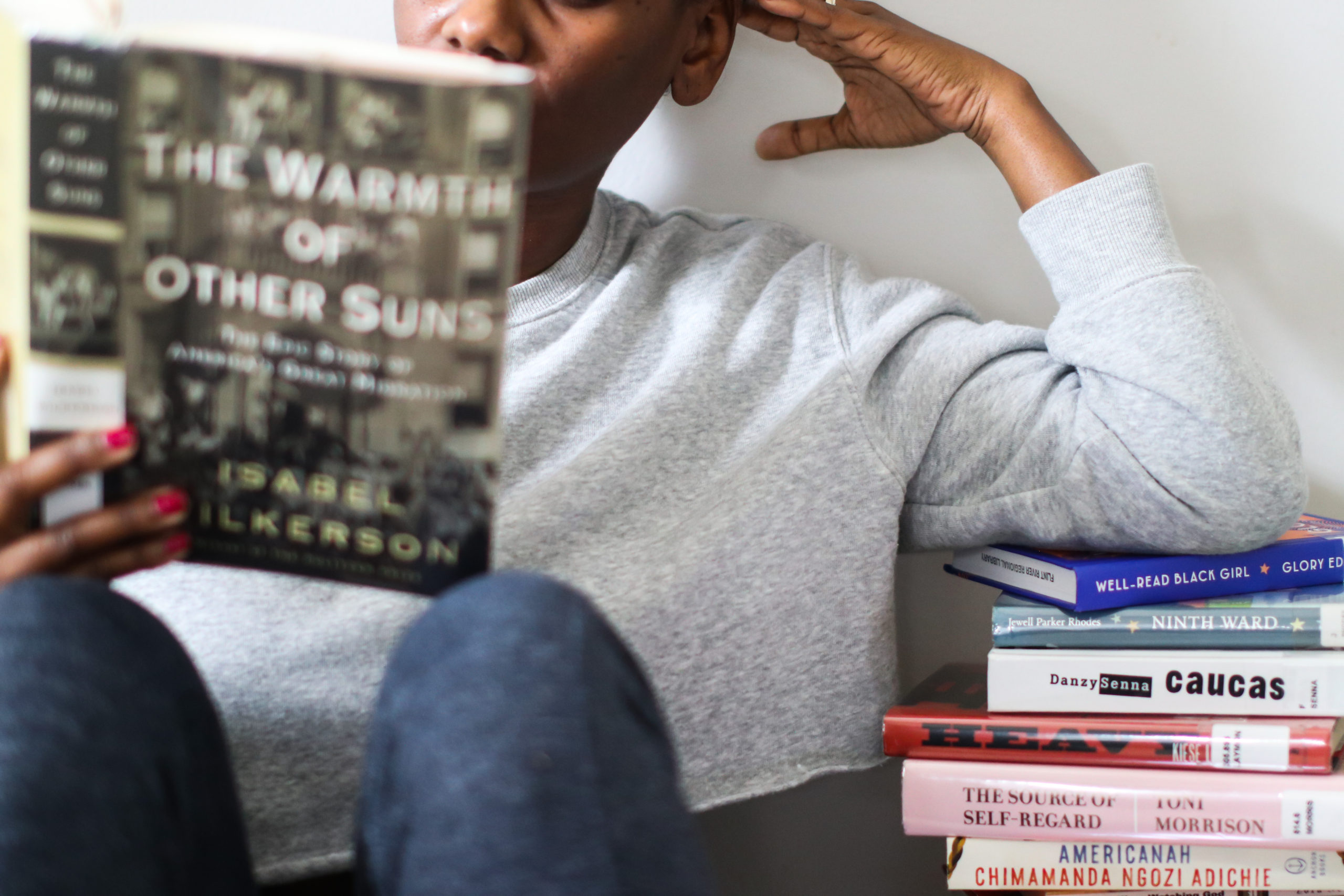 What I Read in January 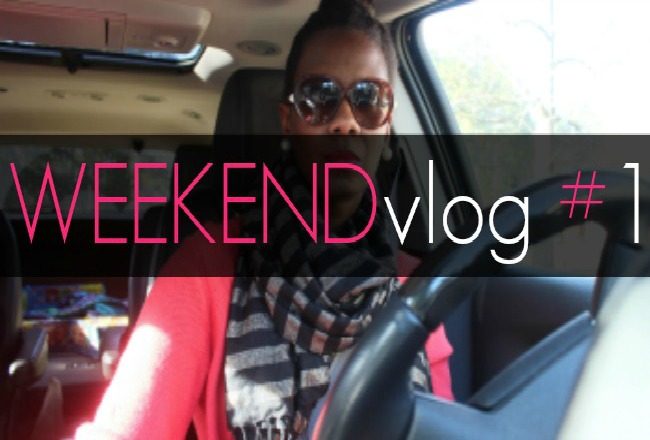 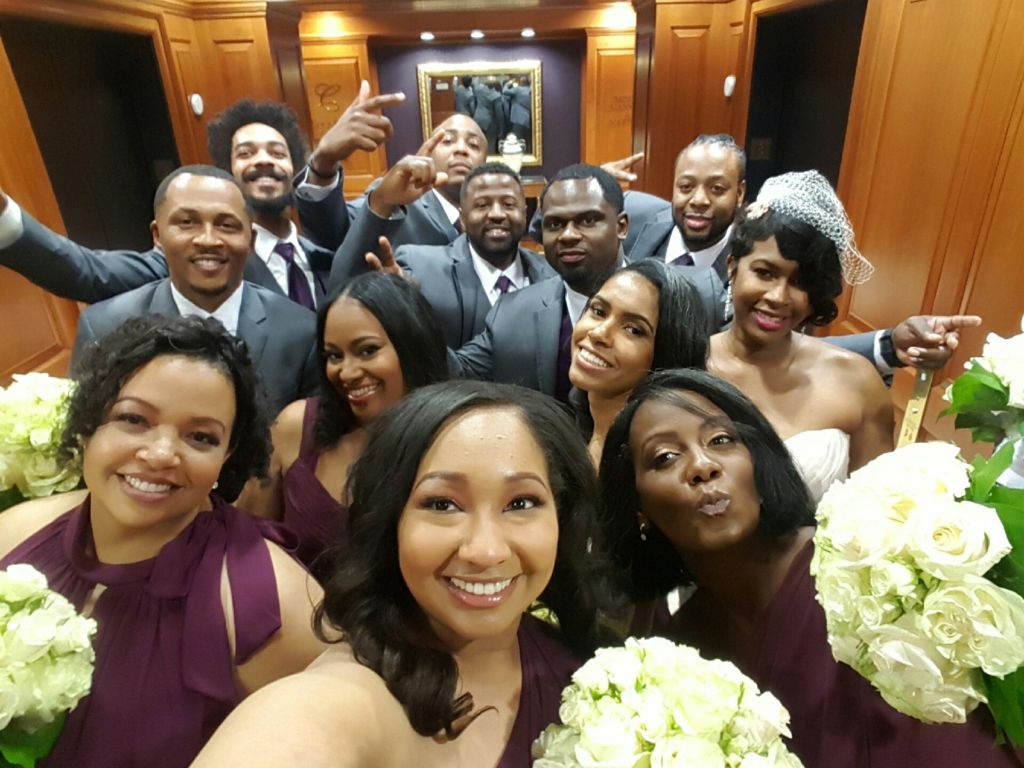 Weekend Vlog | My Bestie Got Married 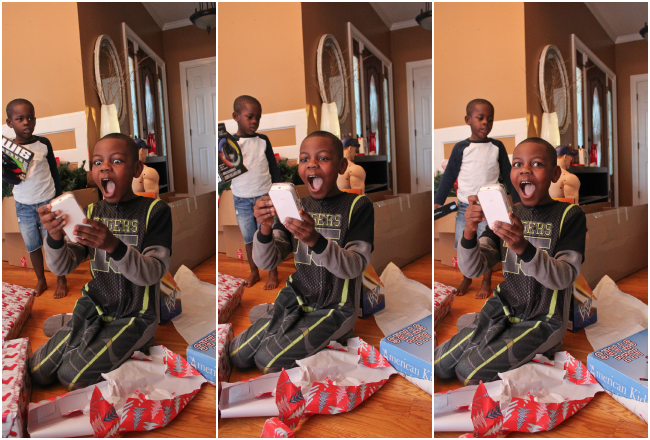 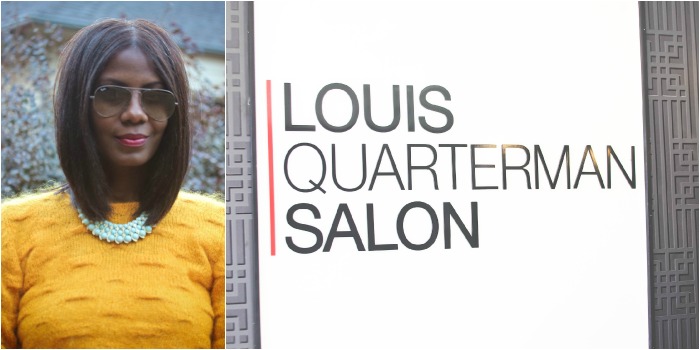